Quite some time ago, Nele Hirsch approached me, asking if it was possible to create a content type in H5P that would allow to feature Augmented Reality (AR). From scratch? Quite a job! But in the wonderful world of open source software, there’s a framework called AFrame that allows you to use 3D models in a browser. And then there’s another framework called AR.js that builds upon AFrame and allows to blend 3D models into a device’s camera image. Nele pointed me towards that one. And now there’s AR Scavenger that builds upon AR.js and brings it all together with H5P. It’s fair to mention that now would probably not have been now but later if the Hamburg Open Online University (HOOU) and the HAW Hamburg in particular had not partially funded this initial version. 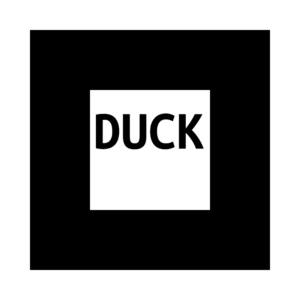 Do you know structure strips? I didn’t until I met a wonderful person who explained the concept to me. I learned that when students write texts, they often struggle with the proportions of the text’s sections. For example, the introduction might become as long as the main part. On paper (literally), structure strips can help.

Let’s say, an introduction should roughly take up 20 % of a text, the main part should span 60 %, the conclusion 20 %. Then a teacher could prepare a paper strip that’s divided into these three sections, where each sections takes up the required percentage of the strip’s full length. If students now put this paper strip next to a piece of paper, they now can see how much space a section should cover in relation to the others. In addition, the teacher could add some information to the section on the strip, e.g. what details must be covered or what to pay attention to in particular.

While this method seems to be pretty useful, doing it on paper comes with at least one problem: Students cannot simply change the length of their text. Once they have used up all the space for a section, they can’t add missing information or remove parts that are less important and could be spared in order to stay within the desired proportions.

H5P to the rescue!

I bet by now you can already guess where this is headed at: I have created a new content type for H5P in my free time. It allows you to create digital structure strips. ‘Structure Strip’ is not completely done, but the finishing touches should not take forever. It will look and feel something like this:

The virtual strip sections will either be next to each text input field or above them if there’s not enough horizontal space, e.g. on mobile devices. Students can write their text sections, and on clicking “check”, they will receive feedback on each sections’ length. Of course, there’s some slack that you can define, so students won’t have to hit a particular percentage precisely. There’s also a “live” mode that teachers can choose, so the feeback will be displayed within the section while students are typing instead of them having to click on the check button. Eventually, if the exercise is not supposed to be a self-assessment only, students can copy the complete text into the clipboard using a dedicated button and paste it somewhere else.

While everything is working fine, the user experience will become nicer thanks to the feedback I received from Jelena who works at Joubel.

If teachers give hints for a section, the section may become quite large and so will the overall form. That’s why it will be possible to hide the hints and require the students to click on the question mark symbol shown after the section title. The hints will then show in a popup.

The sections will get some visual representation of how close the section text is to being complete. That’s the bar that you can see at the top of the image above.

And that’s it … The source code will be openly licensed as usual, so you can customize it as you like or add features that you think are missing – or you might want to hire me to do that for you, of course 😉